↓
Home Menu ↓
Skip to primary content
Skip to secondary content
Home→breastfeeding→Milk by Any Other Name is Still Milk!

I had the breast pump out.  I was going to be out of the house for a while the following day and my kids were going to stay home with my husband.  I figured just in case my baby daughter woke up and needed milk, I’d try to have some available to her, although she isn’t really used to taking a bottle.  I don’t pump often because I don’t have the time, I’m almost always home with the kids so I don’t need to, and I have that excess lipase issue which just adds an extra step to the whole storing thing.

During my daughter’s nap the other day, my son began examining the pump.  “Mama, how does this work?”  So, I began explaining as best I could.  He wanted to see it in action.  I found the pieces I needed which were clean but not sterilized.  I was able to pump about an ounce.  I was thrilled.  He was fascinated. 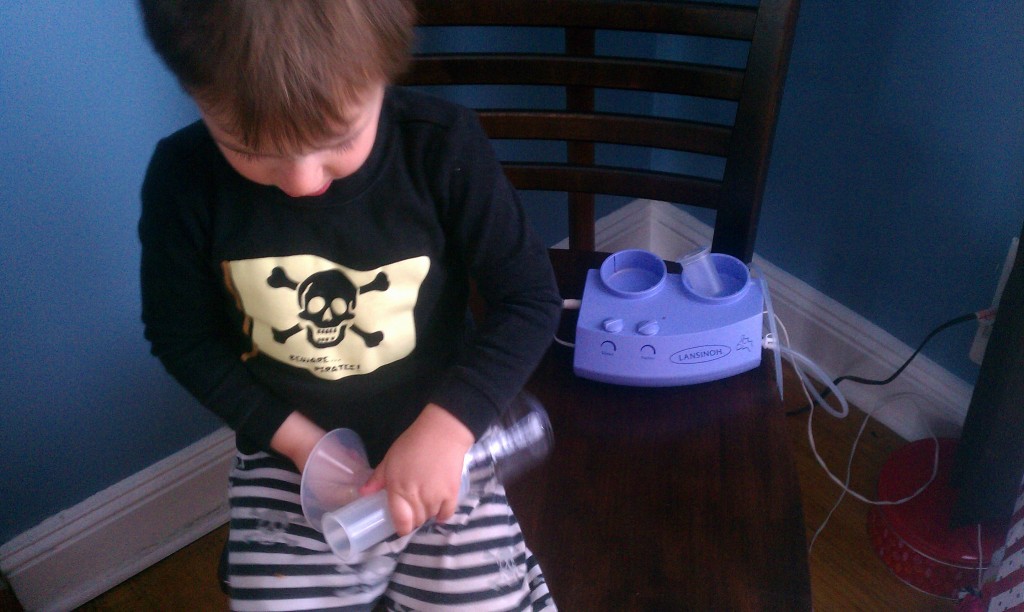 As I have been desperately trying to wean my son, I suddenly had a brilliant idea.  “Hey,” I said, “Why don’t I put this in a cup for you?”  I got out a special cup and a crazy straw and poured the milk from the bottle.  I handed it to him and watched.  Then, my son (who is addicted to nursing) examined it closely, turned his nose up at it, and handed the cup back to me with a “No, thanks!”  He actually seemed grossed out by the whole thing, which is weird because he begged to start nursing again immediately afterwards!

I would have loved to save this pumped milk for baby girl, but it had sat out too long without scalding so it was already beginning to spoil.  I ended up pouring the milk down the drain which, as anyone who pumps knows, breaks your heart a little as each drop disappears.

As for my son, I have tried cow’s milk, coconut milk, almond milk (plain and vanilla), soy milk, chocolate milk, Pediasure, Kefir, etc.  Nothing has worked as a substitute – not even my own milk in a cup!  I know it’s also about the closeness and bonding which I take very seriously, but come on, kid!  You can sit on my lap and snuggle with me while drinking my milk from a cup, can’t you?  Apparently not.  Sigh.