Being a mom with a toddler and a baby is a difficult job, there’s no denying that. As hard as it is, it is also difficult to admit sometimes that we occasionally need a helping hand. We are all supermoms in our own right, so to ask for help can be frustrating and make us feel less capable than we really are. 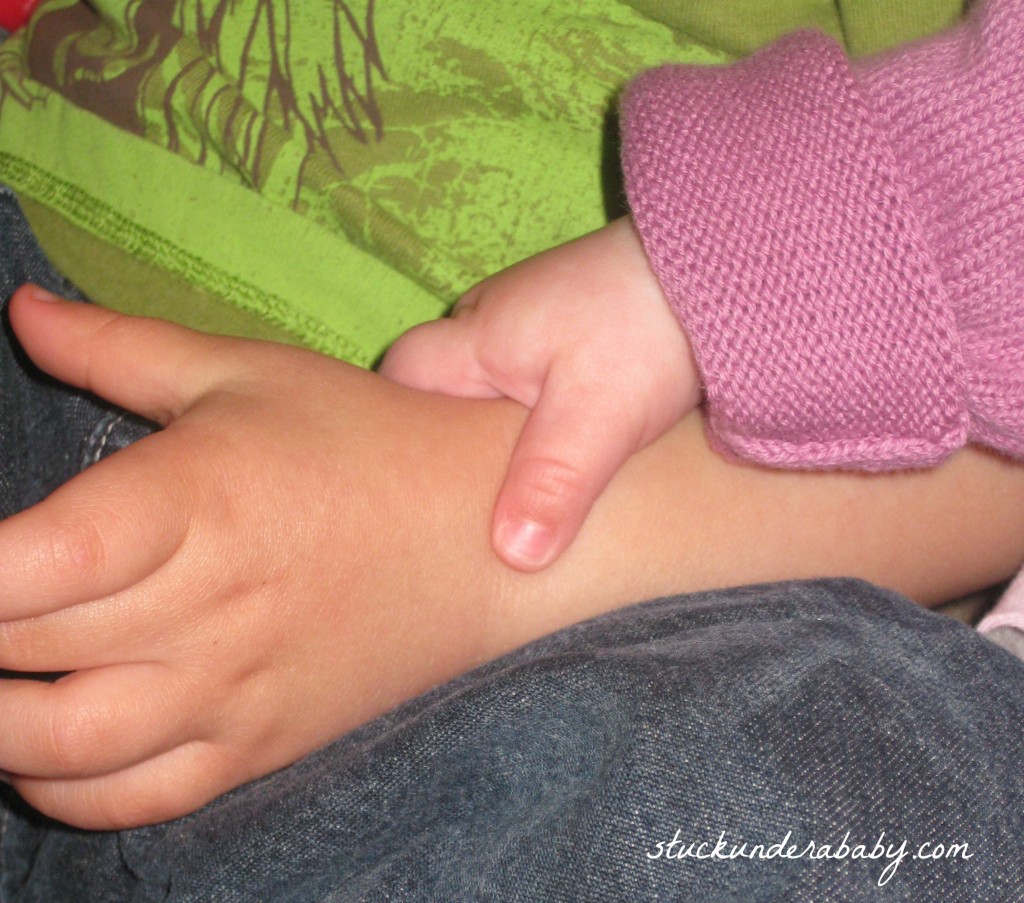 I have recently had situations where I have needed assistance and did not receive it from passersby or the folks around me. Two stories come to mind.

First, I was out for a walk with my children – my baby girl was in the wrap and my toddler son was walking along side his stroller. I stopped to tie his shoe and didn’t put the brake on the stroller since no one was in it. As I bent down, the stroller began to roll off the sidewalk and into the street. Before I could catch it, the stroller toppled off of the curb and flipped over in the street between two parked cars, spilling coffee and whatever was in the bucket underneath everywhere. There’s me, trying to keep my curious boy from walking into the street to see what happened, keep my baby girl’s head from flopping around too much as I try to right the stroller, and keep whatever coffee was left in the travel mug from spilling all over me. Two women walked by this ridiculous scene. Instead of asking “Are you ok? Can we help you?” or anything like that, I heard one of them “Tsk” and say to her friend, “Good thing there was no kid in there!” Thanks, lady. They did nothing to help. They just walked on by. I managed, which I always do, but some assistance (or even just them checking in with me) would have been appreciated.

Second, while traveling alone with the kids in Washington DC while my husband attended a conference, my stroller got closed in the doors of the Metro. I was, once again, wearing a sleeping baby and holding onto a toddler who was, once again, walking along side his stroller, and I was stuck. I yelled for someone on the train or the platform to help me and no one did. I yelled again. Still no help. I yelled louder “Could someone PLEASE help me!?!” which made my son started to get a little scared. Finally, a little old lady got out of her seat and tried to pry the doors open while other very capable men and women looked on. One other person also eventually got the hint and got up to assist, but only after he realized that the frail gray-haired woman couldn’t pull the doors apart by herself.

There are a number of other occasions where people have seen me struggling a bit and have not offered their assistance. I’ve had doors hit me when people can’t bother to hold them open, I’ve had people watch me scramble after a grocery shopping bag ripped open spilling canned goods all over the parking lot of the supermarket, and I’ve waited in intersections to cross the street with both kids in extremely cold weather or heavy rain or snow as cars sped by splashing us instead of allowing us to cross safely. What has happened to simple human decency?

I don’t like needing help and I especially don’t like asking for it… I’m stubborn like that. But these experiences have made me curious about people and what some folks are willing to do for a mom they’ve never met. I am certainly no martyr nor will I ever be a damsel in distress. However, I have decided to start my own little social experiment in a series I’m calling “The Kindness of Strangers.”  My intention is to ask for help when I could use a helping hand or take people up on their offers to assist me. There won’t be any TV cameras nor will anybody be “served.” It will just be about people helping people. I’m curious as to what will happen and I’m hoping to have some of my faith in people restored. To be continued…