I had this conversation with my toddler a while back:

Me: [singing] Blue canary in the outlet by the light switch / Who watches over you / Make a little birdhouse in your soul…

Him: Mama?  Who’s singing this song?

Me: It’s a group called They Might Be Giants.  The two main guys are named John and John.  Isn’t that silly that they are both named John?  Mama really likes their music.  Your ABCs, 123s, and Science CDs are all by them too.

Him: Mama… are they really giants?

Me: No, honey.  Mama has seen them in concert and they are regular sized… not giants. 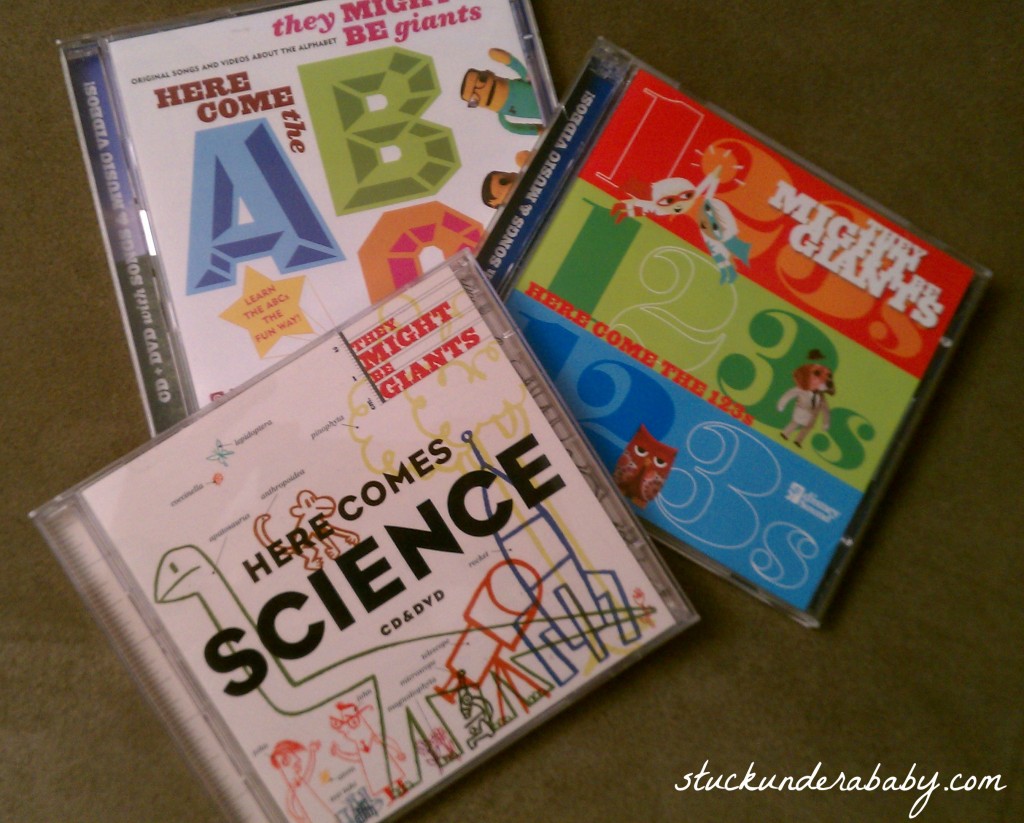 Who could argue with that?